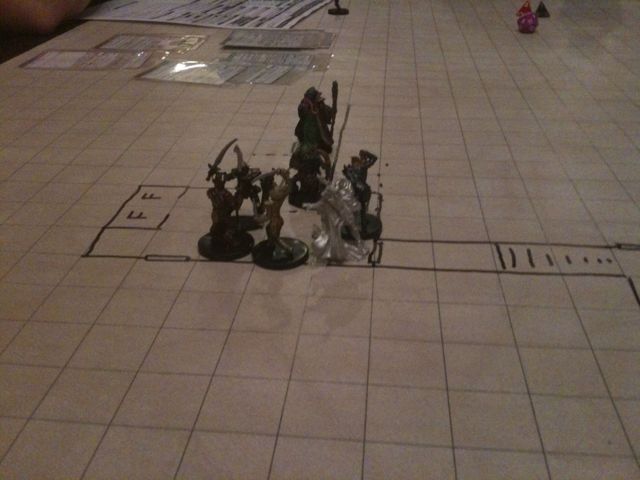 A couple of shots from last nights combat in the Chamber of Eyes. The players had been blowing through the standard encounters, so we discussed some solutions and ended up just tweaking all the enemies levels by two. The enemies are now harder to hit, hit harder, and there’s some real peril. Seems to also suit the Thunderspire’s generous loot tables.

To the left here is where the players ran into a few duergar guards. They were tough as it was, but the fighting lured a hobgolbin warcaster and chief to the fight. Some quick thinking on the part of the warlock and they divided the enemies with a magical shroud of darkness.

Below, the larger battle in the main chamber. The warcaster retreated to this room and made a stand with the archers and wolf.